There still seems to be news coming out of my former college once know as Northland Baptist Bible College. They are now known by the name Northlnd International University and have changed their stance from where it was in the past.

Matt Olson is the current president of NIU and has recently posted an article about transparency: http://matthewrolson.com/pursuing-transparency-with-change/ 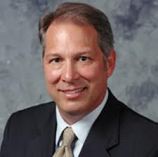 Part of this issue surrounding Northland’s change has been the manner in which it has been communicated. Many, myself included, have felt that the school leadership was not forthright about the changes. There was and is still some evasiveness surrounding these issues.  The second part of this is that many are divided over whether or not these changes are good ones.  It appears to me (whether I like it or not) that the Patz family is apparently driving the changes and the Matt Olson is the one leading the school in this new direction.  With that said, I want to take a closer look at some things that Matt has recently said in this article.

“Northland has not changed its mission or it’s core values.”  (Methods of achieving that mission have changed. Are your core values the same? That is debatable.)

“We are committed to and willing to contend for the fundamentals of the faith—more than ever before. We are growing in our passion for the glory of God, the gospel, the great commission, and the great commandments. ” (More needs to be defended than just the basic fundamentals.)

“We have, however, made a number of changes as we apply these foundational beliefs to our ministry in the 21st century. We have not done this perfectly, but we believe we are headed in a biblical direction that is focused on pursuing God’s pleasure.” (Headed in a Biblical direction? That is not likely.  Is compromise and heading for even more compromise more Biblical than your previous stance? Was the direction before not Biblical? Are there many many directions that one can take and still be Biblical?)

“Northland went from the exclusive use of the King James Version in the pulpit and classrooms to allowing other translations.” (I don’t see this as good thing necessarily – I am not advocating King James only-ism but more versions add more complications and issues. Why not keep one standard?)

“Northland went from a standard that did not allow women to wear slacks on or off campus to a policy that would require them to simply dress modestly and appropriately.” ( Dress is not the main issue but it has been debatable as to how modest students have been.)

“Northland went from practicing some forms of “secondary separation” to what we now understand to be a more biblical separation. Where we would not have had men like John MacArthur, Rick Holland, Ken Ham, Bruce Ware, or Mark Dever, we would now. We see no reason to separate from these men. We would consider them to be in the spirit of historic fundamentalism; they believe in the orthodox faith, will separate over it, and live godly lives.” (So it is more Biblical to avoid secondary separation? John MacArthur and the others mentioned were wisely avoided. Many of them teach Calvinism and other things like Lordship salvation.  Some like Holland and Dever are also weak on music and other standards. Is Northland now saying that standards don’t matter if the gospel is preached? Is the gospel to be preached the Lordship style gospel as that of someone like MacArthur or Piper? If not, then aren’t you at odds with those who you seek fellowship? Look at it this way: If group A presents a method of salvation that is different than group B, then how can there really be fellowship between the two groups?  Not everything can be chalked up to minor differences and semantics.)

“Northland went from only allowing “traditional” styles of music to accepting more modern styles as well. A blend of traditional and current music is used in our programs and chapel.”(Music is not my primary concern here but I think it is telling of the changes in overall mindset and purpose. Some music that I have seen coming from Northland is a vast departure from what was there before.)

“We created an overarching name of Northland International University to give our students greater opportunities with the gospel worldwide. The change was driven by our passion to reach every tribe, tongue, people, and nation. (This to me is a misconception. I am not trying to ascribe motive yet it is hard to not be tempted to think that some of the motivation is to attract students that are not Baptist and that are from more of the new evangelical side of things. Doesn’t a name change of this nature help with that?)

“It has been our desire to reach out to scripturally solid churches who in the past have not been familiar with Northland as well as continue to serve our current constituents.” (Do any of these presumed scripturally solid churches teach Lordship salvation, Calvinism, or that tongues are still to be used today?  If so, then I find it suspect that they are scripturally solid. With your new stance, you will lose many who you claim that you still want to hold on to.  It is almost like a man finding a new girlfriend but still tries to be in a relationship with the previous girlfriend. How does that scenario work out?  He can’t love and be for both? So basically this is your attempt at telling those that disagree with you that you are moving on without them.  My message to Northland, Olson, and the Patz family is that I loved my time there, I learned what I needed for ministry and life, but I will move on without Northland.)

“Some might see a need to return to the way we functioned prior to 2002, observing the changes as a departure from who we were.” (I’d firmly say an a-men to that! Sadly though it is not going to happen.)

It has always been our heart’s desire to honor the intent of the Patz family, who built and funded this ministry from the beginning. They continue to be a great encouragement to us all. (I wish more would have stood up to the changes and that Northland could have stayed on the good track that it was on. Time to move on I guess, but it is a shame.)

“Some may ask, “Are you fundamentalists?” If you are talking about believing the fundamentals of the faith, being willing to separate over them, and being committed to living a holy life before God—then the answer is a resolute, “Yes.” If you are talking about our being willing to separate over “cultural fundamentalism” and its demands to separate over Bible translations, music, dress, methods of ministry, secondary associations, etc., the answer is an equally resolute, “No.” We cannot. Our consciences before God will not allow us to draw artificial lines of separation where God Himself has not drawn them.” ( This is part of the problem of the church as a whole. Many are not able to realize that some things like issues over the gospel are cause for separation.  Doesn’t the Bible tell us to be clear on the gospel?  If I start adding in things like Calvinism, regeneration before faith, bilateral contract (Lordship salvation), up front promises to follow Christ to be saved, and the like then am I still preaching the same gospel and method of obtaining salvation than before I added those things? One cannot love the gospel message and the gospel message of faith plus – can they? If any reader doesn’t see a problem with Reformed theology, new calvinism, old calvinism, new evangeliclism then I will gladly agree to disagree but you may discuss the issues if you keep it to Bible passages and principles. )

“We understand that it is a natural thing for people to want to assign a motive for everything. We can tell you this—the motive for our change is not to be big, popular, or accepted—but to do the right thing before God.” (Ok, does God like rock music? Does that please him? Does it please him to perpetuate the false teachings of Calvinism and the like?)

“That is it. It is also our desire to do all of this with grace. We have a great passion to continue our mission by preparing this next generation of servant leaders for great commission living—taking the gospel where it isn’t.  The need is greater than ever before. So is the opportunity. May God give us grace and strength to keep serving God and one another!”(It is great if you truly want to serve God but that is not enough. We all need to continually examine if what we believe or do in any way actually hinders our supposed objective.)

In conclusion, I sadly disagree with the choices made at my former college. I would like to extend sympathy for anyone adversely affected by the changes. It has been rough on teachers, students, former students, churches that have sent students, and churches in the area that stand to suffer due to some of these changes.  We however can rest in the fact that those who take a biblical stand for the truth in all of God’s Word will be better off for it.
We don’t have to boil things down to common denominators for the sake of the gospel. Too many times that idea leads people more toward the “LS” gospel and not the true gospel.

'Earnestly contending for the faith,' (Jude 3 ) as well as sharing encouragement and hope through Scripture (Romans 15:4), and through the poems and posts that I write. One of many voices on the Internet warning Christians of the importance of testing the teachings of men (and women) against the unchanging truth of God's Word. (Acts 17:11) I 'warn you with tears' through much of what I write, to 'be on guard against the savage wolves that will come in among us who will distort the Word of God' as God's Word warns us about in Acts 20:26-31

A Grace Oasis; a fellowship of believers in eternal salvation by Grace alone through faith alone in Christ alone.

Time spent with the Lord in His Word!